Recently I have decided to work on creating more cat portraits for my collection and I will also release these as prints. My decision is based on my experience at my new part time job at the lovely local gift shop “Candle Tree” where I sell some of my prints. One of the most popular prints, which is actually almost sold out, is called “Watching” and this is a painting of a Siberian cat (the main image at the top of this article).

I really enjoyed painting him back in 2013. But since then most of my works have been dogs and I have been focussed on bespoke commissions rather than artwork that I would reproduce as prints. The reaction of the customers when they see this painting of the cat is quite pleasing, people say that he is definitely following them with his eyes and that the picture looks great. To be honest I have got this painting in my dining room and it is very nice to see it every day and I never get bored of it. It may be even that pictures of cats have got their own therapeutic effect.

Being inspired by the public’s love of these furry friends I have decided to create more artworks of cats for print. I really want to concentrate on their eyes and very special expressions. In this blog I am happy to present my new cat painting and soon the prints from this artwork will be available as well.

Some Facts About Cats

I also have found a few interesting facts about cats and I am happy to share this information with everyone.

Hope you will enjoy it!

In some civilizations cats were sacred. In Egypt they were venerated for being the protectors of their most important god: Ra. Legend says he was born and died with every rising and falling of the sun. On the other hand, for hundreds of years cats were treated as evil creatures. It was believed they were the faithful companions of witches, carriers of bad luck and envoys of the devil. Their indomitable and unpredictable nature frightened both villagers and those in power.

Cats initially remained wild animals and according to recent studies, it is believed they themselves decided to approach humans in the hope of getting food. Their gentle nature got them fed by ranchers and farmers, who finally accepted them because of how good they were at hunting rodents. It wouldn’t be until several centuries later that cats would be accepted as company for humans.

Now About These Eyes

A cat’s eyes are one of its most distinctive features and they can vary significantly from one breed to the next. They range from large round eyes to almond shaped eyes and from pale blue to bright amber or dark green.

Cat Eyes Can Indicate Their Emotions

If you look at the eyes of a cat, you can get some indication of the way they are feeling right at that moment. Wide pupils are indicators of heightened emotions, such as excitement or fear. On the other hand, a narrowed pupil is usually a sign of anger.

All Kittens Have Blue Eyes

Just like humans, kittens are born with blue eyes and this does not necessarily indicate the colour of their eyes in the future. The majority of cat eyes become shades of hazel or amber. However, there is a vast range of eye colours found in cats, including green, yellow, and brown.

Cats Have a Third Eyelid

All cats have a third eyelid. This is located between the cornea and the regular eyelids and its purpose is to provide extra protection for cat eyes. At the base of the third eyelid, there is a gland that produces tears.

There is a Reason Why Cats Eyes Glow in Photographs

If you have ever taken a photograph with a cat in the picture, then you might notice that its eyes have an eerie glow to them in the photo. This is because the back of the retina in cat eyes is coated in mirror-like cells that allow them to make the most of the light. This is called the tapetum lucidum. When a camera flashes, it reflects the light back and gives the impression of ‘eye-shine’.

Cats have attracted a lot of different superstitions over the years, some easier to believe than others.  Here some superstitions from around the world. 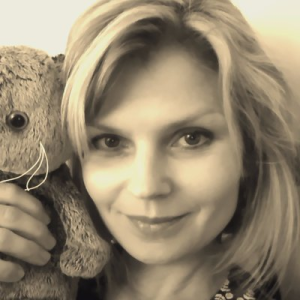 Irina Petrova was born in Russia but has lived and worked in the UK for many years. Always passionate about art and painting, Irina has been a professional pet portrait artist since 2010. Working from her home studio in Gloucester, Irina uses pastels and coloured pencils to produce her pet portraits.
All Posts »
PrevPreviousWarm welcome to my new website
NextFisher 400 Pastel Paper – A ReviewNext